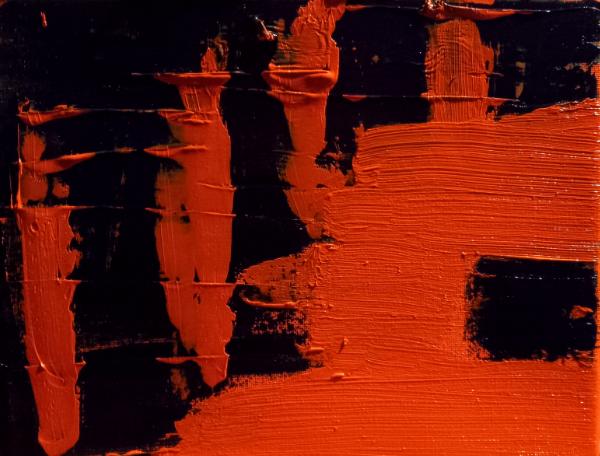 Coffee in the
Infinite

Ford P. R. McLain is a primitive-abstract painter living in Albany, New York. He is both a descendent of Italian immigrants and a son of the American Revolution. His influences include Paul Gauguin (his gateway painter), painters of the New York School of the 1940s and 1950s (Gorky, deKooning, Frankenthaler, Pollock, Mitchell, Kline, et al.), jazz musicians Charles Mingus and Miles Davis, playwright Sam Shepard, and filmmakers David Lynch and Stanley Kubrick. He began as a primitive painter, but in late 2013 McLain moved into abstract painting. Many of McLain’s paintings contain themes of spiritual liberation through the nexus of creativity and sexuality, as well as the collaboration between a painter and his muses. McLain’s main approach to a...

Coffee Cup
I am a horrible salesman/marketer of my own art, but I have a coffee cup (also available as a t-shirt).

Last Day of the Year

What Does Santa Do Off Season?
He enjoys a cigar. Happy Holidays.

Getting Back To My Roots
In order to type poems and maybe write the novel/screenplay about painting, God, and the conical projectile, I made an investment in some old technology.