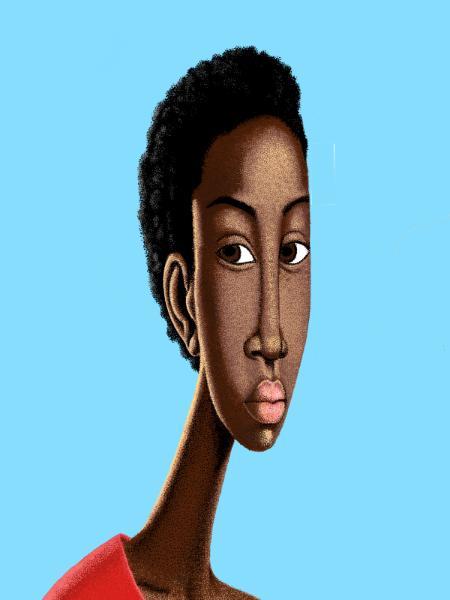 The first 10 works represents work I created on my Kindle Fire and cell phone. I used a Sketch n Draw and the Notepad + apps, and it appears to to be a child's program. This is the fun I had with the program.

I'm a self-taught artist with some training. I received most of my training in the Marine Corps as an illustrator for Fleet Marine Force manuals, posters, charts and slides, etc. After I left the Marine Corps in 1970, I joined the Black Panther Party where I was greatly influenced by the artist and author Emory Douglass. Between 1973 and 1993 I held various jobs and was introduced to the Washington DC gallery scene. I hung my art in various galleries in Washington, DC until I came to California in 1993 where I worked as a graphic designer, art teacher and drug counselor for a while. I currently manage a behavioral program at a court school in San Francisco, CA. I sometimes hang my art in City Arts gallery in San Francisco. Whatever I am as an artist is in...