Sallie Lynn Davis, Artist
Carlsbad, CA
Capturing your attention and creating an emotional bond with the subjects is the intent of Sallie Lynn Davis, international wildlife artist. Collectors of Davis' creations have described her art as captivating, spellbinding, breathtaking and transporting. 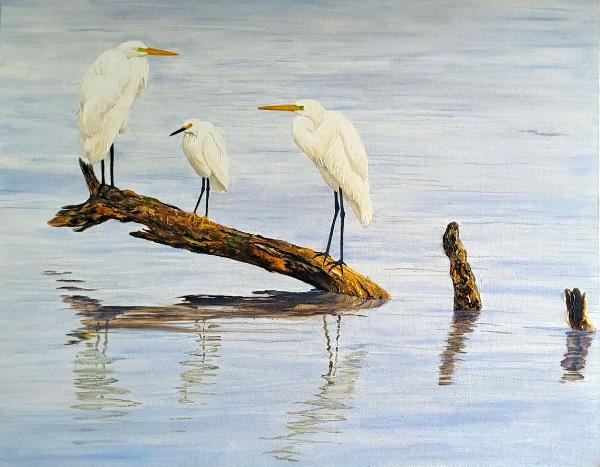 Davis began her career in 1987 with pen and ink detailed renderings of wildlife. She was first published in Tide Pools , a California literary journal, that same year. Davis has studied with world renowned wildlife artists Carl Brenders, Robert Bateman, Richard Sloan, Gamini Ratnavira, John Seerey-Lester, Stephen Quiller, and the late Simon Combes of Kenya, Africa. "I intend my paintings to be more that just good art. I attempt to create a lasting image of the curiosity, intelligence and uniqueness of each, often endangered, animal. To me, that means realism without compromise and calls for total honesty in the art and complete commitment to each concept."

My new creations
Wanting to express the beauty and wonder of Northwest Washington it is my hope to create paintings that inspire the viewer to take a second look at the beauty around them.
Copyright © 2022, Zhibit LLC | Terms of use | Privacy policy