Sally L Fulton, Oil and Pastel Painter
Longmont, CO
I want to make it possible for the viewer to enter the world that I see, and at the same time convey my feelings for what I paint, whether it is still life, landscape, figure or portraiture. I use whatever has inspired me, using both classical and a la 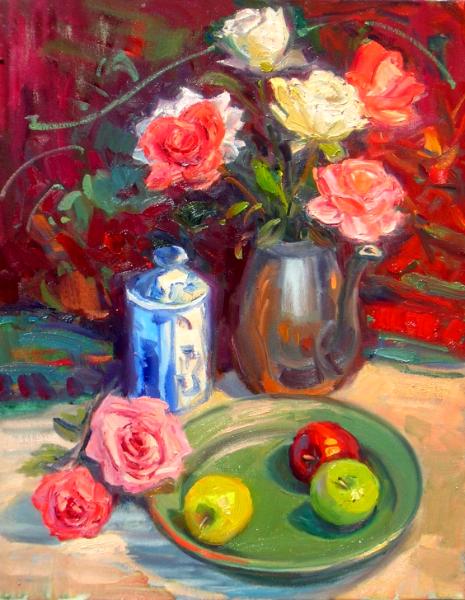 Sally L Fulton has been a painter for over twenty years and works in both oils and pastels. She studied classical painting at the Colorado Academy of Art in Boulder, Colorado, at the Art Students League of Denver and the Sahli School of Art. She has taken workshops and studied privately with many fine teachers over the past four years, including Kevin Macpherson, Don Sahli, Jeff Legg and John Taft. She is currently studying with Jordan Wolfson. Sally’s work has been shown in many different venues locally and regionally and has won numerous awards.