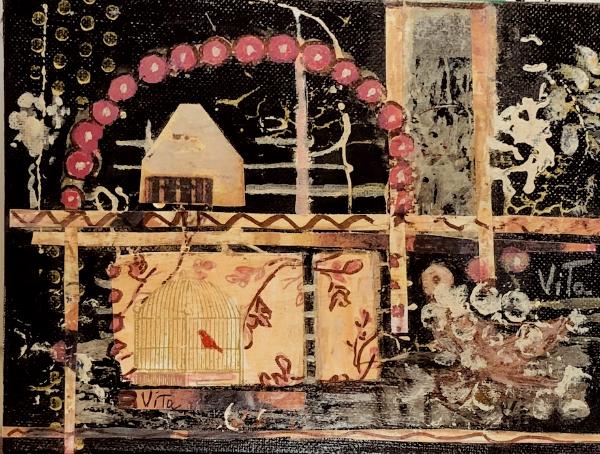 Vita Sorrentino was born and raised in Italy. She moved to the United States in 1960 and has been a resident of Rancho Bernardo, San Diego since 1979. While residing in New York, Vita attended "The New York Fashion Institute." She took several workshops and was introduced to Acrylic and Watercolor. Watercolor has been her passion and medium, but lately she has begun to work with Acrylic and Gouache to expand her productive creativity. Vita has taken numerous workshops with national and local reknowned teachers. .Vita's paintings have been exhibited in many National and Local shows and have won numerous awards. They are in many California, New York, New Jersey, Florida, A rkansas and Chicago collections.