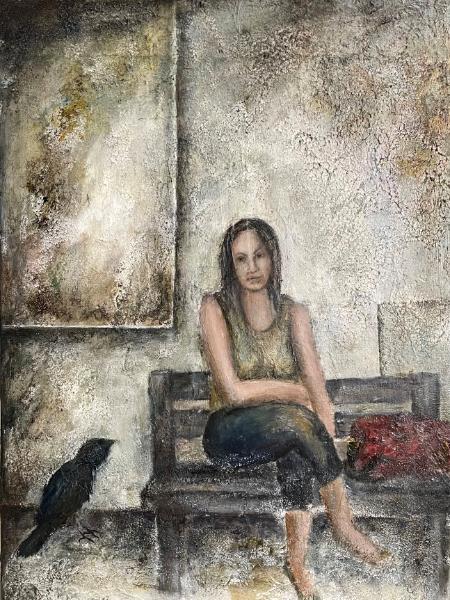 As Rainer Maria Rilke (1875-1926) wrote in his Letters to a Young Poet : I want to ask you, as clearly as I can, to bear with patience all that is unresolved in your heart, and try to love the questions themselves. . .

Taking It to
the Streets II

New to the
Streets

Collaboration
Across the Keys

Collaboration
at the Keys

Taking It to
the StreetsI

Patricia Robinson Stolarski Long Grove, Illinois When I began painting, I worked often with family portraits to tell the stories of my ancestors –their beliefs, attitudes and character. I gravitated soon to more conceptual works of nature, people and just life, working primarily in acrylic and mixed media on canvas. Art for me is commenting on and trying to figure out Life. I officially launched my art career on Camano Island, WA. There, I exhibited at various opportunities locally and in Seattle, including: A Guilded Gallery (Stanwood, WA); the NWS juried ‘Waterworks’ 2009 (Bothell), and; the EAFA Open Juried 2011 and 2012 Exhibitions (Bellevue and Seattle, respectively). Now, in the NW Chicago Suburbs, I exhibited in gallery spaces in the...