Richard Stergulz-Figurative and Portrait Artist
Fallbrook, CA
Richard's paintings are realistic with a touch of representationalism. They tell a story and show the essence of the subject. Commissions are available. 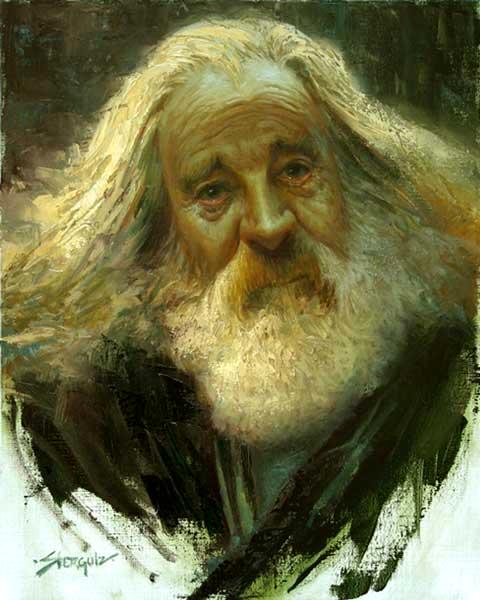 Richard is an Illinois native who by the age of eight knew he wanted to be an artist. He graduated from the American Academy of Art in Chicago in 1983 which began his successful commercial art career. After 12 years of doing commercial art, Richard felt it was time to fine tune his fine art style. Richard moved to California in 1995 and started painting for himself in a realistic style with a touch of Russian impressionism. "I admire the Russian Impressionists, especially Nickolai Fechin, for their intense brush strokes that exude passion into their paintings. I also admire Norman Rockwell for his amazing drawing ability and the volume of work he produced in his lifetime." Lastly, Richard admires John Singer Sargent for his portrait work. “His portraits...

New Works and Trading Card Sketches
Very excited about my new series of painting. The first one is done, shown here. I used copper leafing around the outside of the painting.

What's New
After a busy June, things are a little calmer in July but not much. Lots of things in the works. I have my Greek painting series on display in Old Town Temecula at Parea.

June 2013
Lots of things going on in June. Moved my art classes from Fallbrook to Vista, to the ArtBeat on Main Street, classes are monday, wednesday over there. Plein Air still on Thursdays and in Murrieta on Fridays.

New Class Starting in Vista May 1
Excited to announce a new NEW CLASS on Wednesday's starting May 1 from 3p-6p at Art Beat on Main Street in Vista. http://artbeatonmainstreet.com/ This class is open to all mediums and levels. I still have my other classes but this one was a good location for those in North San Diego county and the coastline to not have to travel inland to Fallbrook. Thanks to Kait, Chris and Arthur at Art Beat on Main Street for being so open and enthusiastic to the idea of having me teach a class there.